Tripawds Supporter sites have no ads!
Skip to content

February 4, 2019 I took Dizzie to the vet due to limping the previous day. 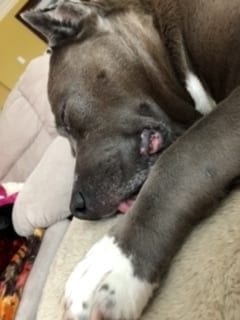 With no known cause of an injury and no other symptoms, we immediately had x-rays taken.

I remember the technician coming back into the room and asking me to follow her to the back so that I could see the x-rays. It happened so quickly I didn’t have time to think. Then she pointed at the screen and told me although she wasn’t proficient at reading x-rays there was cause for concern. The bone slightly appeared to be ‘moth eaten’. I instantly felt queasy and asked her to please tell me what she ‘thought’ she saw. In laments terms, she thought she saw signs of osteosarcoma- bone cancer. I had to clench my jaw to keep the tears from coming. She assured me I would receive a call from the vet once the x-rays were officially read.

The dreaded call came and the suspicion was confirmed, even though it was thought to have been caught very early on. At that time, we discussed our options: let nature take its course, immediate removal of her affected leg or to perform a bone biopsy to confirm the cancer before choosing to amputate.

Osteosarcoma is quite aggressive, so I was encouraged to make a decision as quickly as possible. Unfortunately, it was honestly all too much to comprehend at that moment. I gave myself the night to sleep on it.


To remove ads from your site and others, upgrade to a Tripawds Supporter blog! 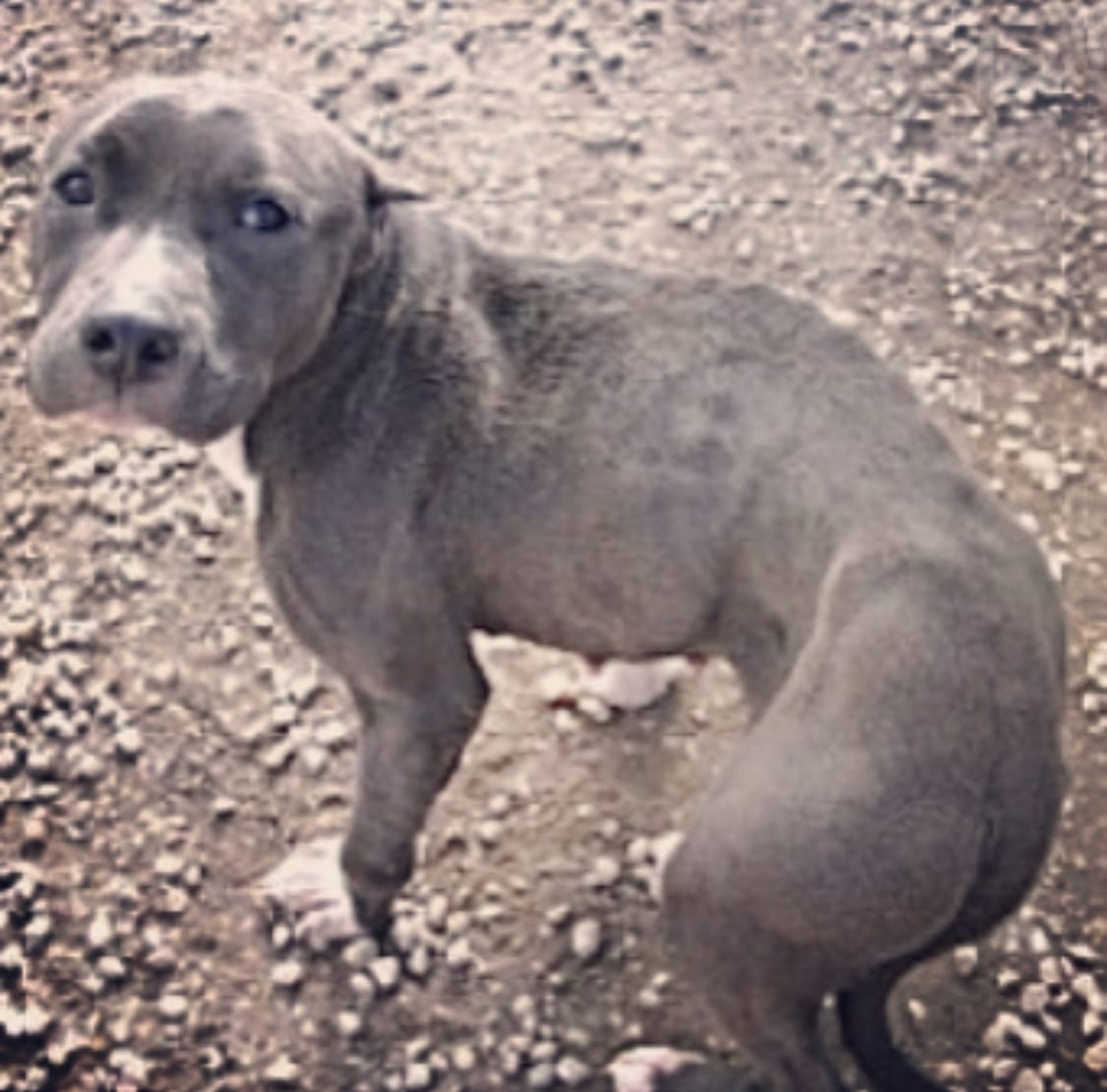 I spent months scrolling online searching for my dog. Some how I was sure that I would just know when I found her. And then one day, just like that, there she was- Dizzie! Her eyes literally looked into my soul from her picture. I immediately reached out to the rescue who had her, to check her availability and fill out an adoption application.

It turned out Dizzie was originally surrendered to a high kill shelter in Philadelphia, by owners who could not afford her. There she was known as Lizzie, but about a month later she become Dizzie, when she was pulled by a rescue group.

On the way to meet her, I was excited and nervous. She would be my first dog (besides family pets) and I knew it would be a big responsibility. The moment she peaked her head out of her crate from the back of her foster mom’s SUV, I literally melted. She was so little and shy. I was able to pet her but she was nervous and preferred to be near foster mom. She still needed to be spayed the following week so foster mom said I had some time to follow up with the Rescue once I decided if I wanted to officially adopt her. Truth be told, I didn’t make it home before I called to tell them I would love to share my life with Dizzie.

About Your Tripawds Blog:

New Tripawds Bloggers: Please review your default first blog post for help getting started with your blog or review the Help Videos in your dashboard. Edit these widgets from your Appearance settings to remove this notice, upload a custom header photo, or choose from 130+ themes, and much more!


Tripawds Supporter sites have no ads!